got on the horn today and talked with mom....it's been far too long and my guilt was starting to manifest in the usual ways (intermittent twitches and jerks) ....she's got 3 hurricanes coming her way, so naturally i thought i'd check up on her, thinking she'd be a nervous wreck in dire need of some moral support.

on the contrary, that was the least of her worries. surprisingly, we managed to joke throughout most of our chit chat. i mentioned chuck and i recently got new iphones and we're both still playing with them and figuring out all the new bells and whistles.....and like a giddy school girl i giggled: 'i love my iphone!'

and without missing a beat, she declared: 'i love my push button!' 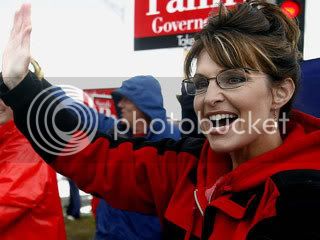 i thought this quote to be spot on regarding palin's speech last night at the RNC....

"John McCain and Sarah Palin just laid out how they intend to run this country. With scorn and belligerence for anyone who tries to bring their communities together to make things better. The Courage Campaign has spent years trying to empower exactly the sort of grassroots organizing that's vital to bringing about meaningful change."

"... In a speech that neglected to mention education, health care, comprehensive economic reforms, or choice, we heard in Palin's silence exactly her trouble with community organizing: An organized community is an empowered community."

-Lucas O'Connor, an online organizer for the Courage Campaign

and i don't doubt for one minute that mrs. palin is a nice person with good intentions....in fact, i might even like to sit down and kick back a few shots with the woman. after all, she might be the only pit bull soccer mom out there to drink me under the table. and i might even call hillary and ask her to join us (making sure she wears her mud wrestling clothes, of course)
Collapse